People sleeping rough is a complex issue but it can be solved when communities and agencies work together; when people work together. This is happening in Hamilton through The People’s Project.

George never wanted to live on the streets. His benefit had stopped because he’d missed his appointments with WINZ, he had no money and he didn’t know how to get help or who he could turn to.

George said it was a stroke of luck that he found The People’s Project while hanging out in Victoria Street in Hamilton.

George’s situation, along with 80 other people, was the starting point of a bigger conversation in the Hamilton community. Everyone was concerned about the growing number of homeless people in the city.

We’re better when we work together

This conversation sparked the catalyst for a city-wide call-to-action named The People’s Project; an initiative which has brought agencies and services together to work towards ending homelessness in Hamilton by the end of 2016.

The People’s Project uses the Housing First model which has been successful in Canada, the USA and the United Kingdom. It is based on evidence that when you house people first, then align the support services they need to be successful in their lives, the cycle of homelessness stops.

“While we adopted Housing First and are seeing tremendous success, we must see this as part of the wider system of care in our community where everyone is doing their piece in the efforts to end homelessness.”

Services are coordinated from The People’s Project office in Garden Place in central Hamilton. The space is a central hub where the many agencies involved work together with homeless people.

For everyone The People’s Project works with, the priority is to move them quickly into appropriate housing. The person is then connected with wrap-around services to address the issues that led to their homelessness, such as support for primary health, mental health, drug and alcohol services, debt or support to find a job. 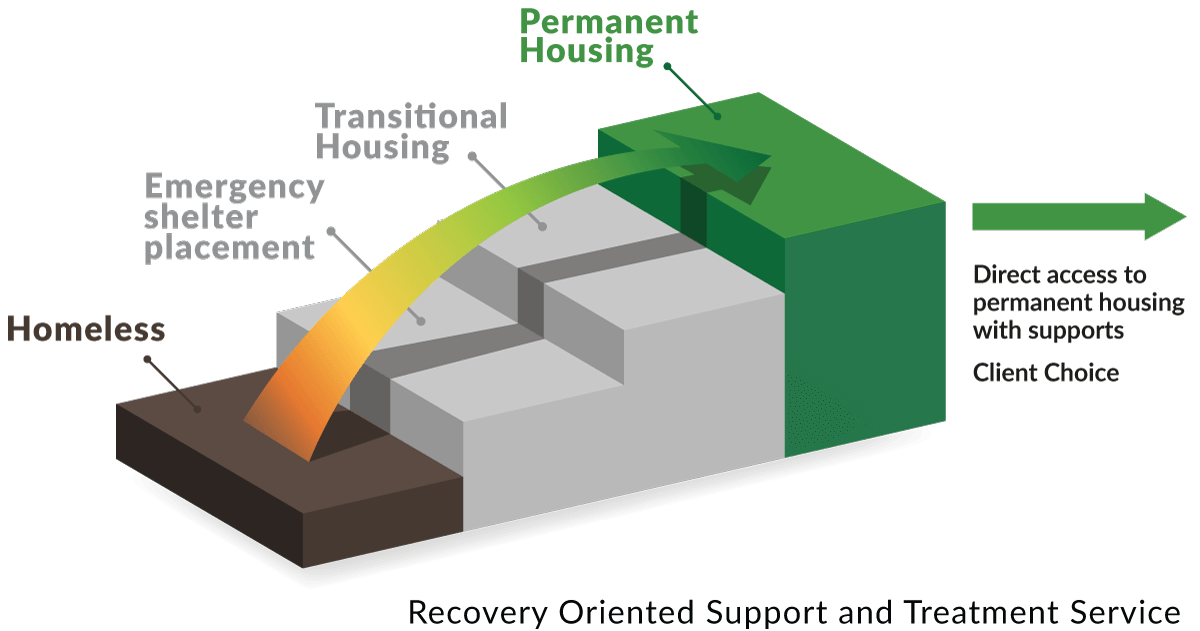 For George, The People’s Project turned his life around.

Julie adds that people shouldn’t underestimate the impact having a home has on people.

“It is so much more than a roof over their heads. Being without a home can start a snowball effect that can completely degrade a person’s self-worth.

“Project staff often comment about how having a roof over someone’s head instantly changes their demeanor. It’s physical. People hold their heads up higher, as if they’re happy to be seen, instead of often wanting to be invisible. It’s wonderful to witness,” Julie said.

Since starting in 2014, 660 people have registered with The People’s Project, which includes families.  Of those registered, 186 have been housed and another 146 supported to seek their own housing solutions.

Julie said almost all (93 per cent) of the people that the project has worked with have retained their accommodation; with 13 per cent now housed for 12 months or longer, 53 per cent between 6-12 months and 32 per cent have been in their new homes for less than six months.

Ending homelessness – not managing it

There is a growing trend among homeless services around the world to end homelessness, rather than manage it. The People’s Project is working at multiple levels to achieve this in Hamilton.

“Our frontline staff have the necessary skills to support people in some complex situations. Alongside this we’re working at a governance level to change the system, create solutions and make housing for vulnerable people a priority,” Julie said.

The People’s Project will continue to work with people in a way that prioritises their individual needs, wraps support around them and guides them towards safety, employment, good health and independence from the system.

He’s been in his flat since September 2014 and he’s looking forward to getting back into work as a labourer when his shoulder injury heals. In the meantime he is working casually with a roading firm and loving it.  He also tries to help others by pointing them in the direction of Garden Place so that they can get the same help The People’s Project to start again, like he did.

“I’ve got my own place now. I know who to get in contact with if I need help. And I’m staying away from the wrong crowds.”