Homelessness costs us dearly, so let’s end it 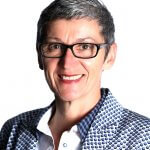 New Zealand’s response to COVID-19 has shown where there is political will, supported by the people, great things can be achieved. Nowhere is this more evident than in the response to homelessness during the pandemic, writes The People’s Project lead Julie Nelson.

I have spent the past 30 years focussed on trying to get better outcomes for those who face inequality, injustice and discrimination. I believe these things have no place in our society. In the past few months, I have seen how a change in approach – borne out of a nationwide need to keep people safe during a pandemic – can have a powerful positive impact on those who are most vulnerable.

In the 48-hours before New Zealand went into Alert Level 4 lockdown, thousands of people across the country who were without shelter or homes were offered a lifeline by the Government. They were given the keys to motel rooms where they could self-isolate and receive wrap-around support to improve their health and wellbeing, including nutritious food, a warm bed and basic technology like a television. For many, those basics had rarely been an option.

The result, according to most of us working in this field, is that COVID-19 has been a game-changer for New Zealand’s homeless population. It’s also further proof that homelessness – almost unknown in New Zealand 30 years ago – can be eliminated, and that people who have been reaching out for help from health, social and justice services, at great cost to themselves and society as a whole, can be supported in ways that really make a difference.

It is heartening to know Government has committed to keeping many of these motel placements for the next year, so housing and wrap-around services can continue, with the goal of supporting people to transition into long-term, stable housing of their own.

Some will no doubt focus on the cost of such support to taxpayers. But homelessness already costs us dearly as a nation, and not just fiscally. Based on overseas evidence, Otago University researcher Dr Nevil Pierce has estimated it costs New Zealand taxpayers around $65,000 a year, for every person who is homeless. Those costs include healthcare, indebtedness and time in court or jail. In healthcare alone, the data is compelling.

The point of this research is not primarily to uncover the cost of homelessness, however it will give us an evidence-base to do so; but rather it is to investigate whether the internationally-recognised Housing First approach to chronic homelessness, which has been funded in New Zealand now for the past four years, is working, and what impact is it having on reducing or increasing people’s interactions with social services. The second phase of this research, due out later this year, will provide more data to help present and future governments find long-term, evidence-based solutions. The People’s Project is one of the key partners alongside Otago and Waikato Universities in this research.

The COVID-19 pandemic has allowed us to consider different approaches to addressing homelessness. I hope we can use what has been learned – alongside the findings from our research – to come up with new solutions and change our society for the better. We have a unique opportunity to press pause and reflect on what we have just been through. Let’s not go back to our “old normal” and lose the gains we have made in how we work together to support the most vulnerable. Let’s continue to challenge the judgments of who is and who isn’t deserving of housing and support.  Because the evidence is telling that these judgments are costing us.

I don’t want to dilute or ignore the complexity of the lives of people who experience homelessness and the services who work alongside them. While it is true that housing ends homelessness, we know many people will need critical, timely interventions and enduring wrap-around support to maintain their tenancies, relationships, health, and wellbeing. Let’s give it to them, and the keys to a house too.

When Dr Sam Tsemberis, the founder of Housing First was in Hamilton training staff at The People’s Project, he said Housing First programmes challenge traditional models, because there is an assumption that people don’t want to do better and aren’t motivated to do better. He said: “People are not who they are when they are homeless, compared to who they are when they have a home, stability, warmth and comfort. If getting comfortable and being comfortable is the first step to doing better, then why not do comfortable first.”

He also said, and we agree, that poverty remains one of the most challenging and ongoing issues for society.

Here in Aotearoa, the team of 5 million has worked together to tackle COVID. I hope that same collective wisdom and commitment to doing the right thing will solve other problems like homelessness. I want New Zealand to be the country that beat COVID and also made homelessness rare, brief, non-recurring – and never a way of life.

Julie Nelson is the joint chief executive of the Wise Group, one of the largest non-government providers of mental health and wellbeing services in Aotearoa. She has been instrumental in championing the adoption of the Housing First approach in New Zealand and has worked on the frontline with chronically homeless people. She leads The People’s Project – the first at-scale, researched pilot of Housing First in Aotearoa, New Zealand.